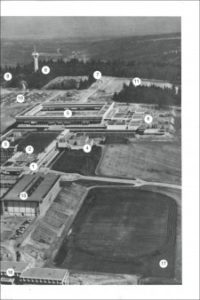 Burnaby, British Columbia: Centre for Communication and the Arts, Simon Fraser University, 19 May – 19 June 1969
Seth Siegelaub, editor
A group exhibition which took place in different parts of the University using the communication and other facilities between 19 May – 19 June 1969, and whose catalogue was only made available after the exhibition was over. As part of the exhibition a symposium was held by a “conference line” telephone hook-up between some of the participating artists in Burnaby, Ottawa and New York. The participating artists were Terry Atkinson and Michael Baldwin, Robert Barry, Jan Dibbets, Douglas Huebler, Stephen Kaltenbach, Joseph Kosuth, Sol LeWitt, N.E. Thing Co. Ltd., and Lawrence Weiner.